From the Huntington Mansion to The Ringling, discover the enchanting marble frieze carved by artist Karl Bitter that adorns Gallery 21 in the Museum of Art. Explore the details of each panel in the slideshow at the end of this post. In 1895, work was completed on the New York City mansion of railroad magnate Collis P. Huntington (1821-1900), who spent some $1.5 million dollars (about $48 million in today’s currency) to build and decorate one of the most lavish homes of the American Gilded Age. When the house was destroyed in 1926 to make way for commercial buildings, John Ringling purchased a number of its architectural features – the frieze from the Main Hall and the fireplace and door surround from the Salon – and had them installed in The Museum of Art auditorium, today’s Gallery 21. One of the most celebrated works installed in the Huntington mansion was the high relief marble frieze, carved by Austrian-born sculptor Karl Bitter (1867-1915) for the Main Hall. Each of the twelve panels represents a month of the year through scenes acted out by groups of frolicking children. These figures are modeled after Renaissance putti; those plump, usually naked children frequently employed in decorative schemes and a preferred ornament of many 19th-century revival styles. Situated between the months were sixteen additional panels depicting symbols of the arts and sciences, designed by the decorating firm Ellin, Kitson & Co. Photograph of Main Hall of the Collis P. Huntington Residence. Image courtesy of the Hispanic Society Museum and Library.

The European tradition of visually rendering the months stretches back to antiquity and experienced a highpoint from the 12th through the 16th centuries. The scenes in the Twelve Months Panels clearly derive from the medieval genre of the “Labors of the Months,” a way of representing the months of the year through illustrations of human industry and recreation. In selecting scenes and images, Bitter was influenced by the particular German tradition of illustrating the twelve months (die zwölf Monate), especially in 19th-century calendars and children’s books. Gallery 21 of The John and Mable Ringling Museum of Art after the 2019 reinstallation. Photo by Peter Acker

When the frieze was installed at The Ringling, the month panels were placed out of order. Furthermore, to accommodate the much larger space – the Main Hall of the Huntington mansion was some 900 square feet, while Gallery 21 is roughly 2,400 square feet – a number of the intermediate panels were duplicated in plaster and placed alongside the marble originals. Current positioning in Gallery 21 of the Twelve Months Panels

No document survives detailing Bitter’s artistic choices, and despite its illustrious provenance, the frieze has received almost no scholarly attention, making this the first study of its iconography. Research is ongoing as we continue to learn more about this extraordinary sculpture produced during one of the most creative periods in American architectural decoration.

See all twelve panels and learn about their details. Click through the slideshow below: 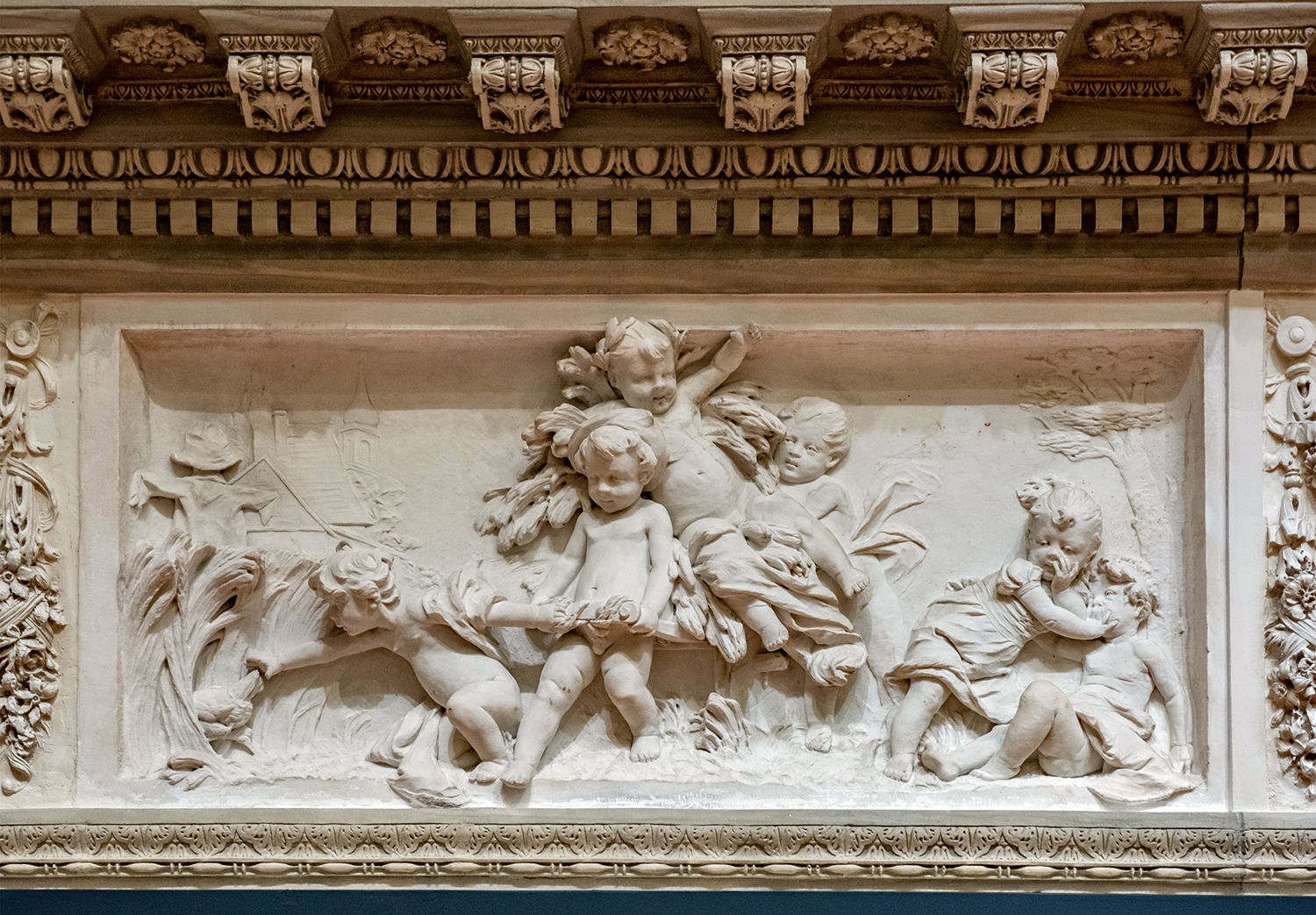